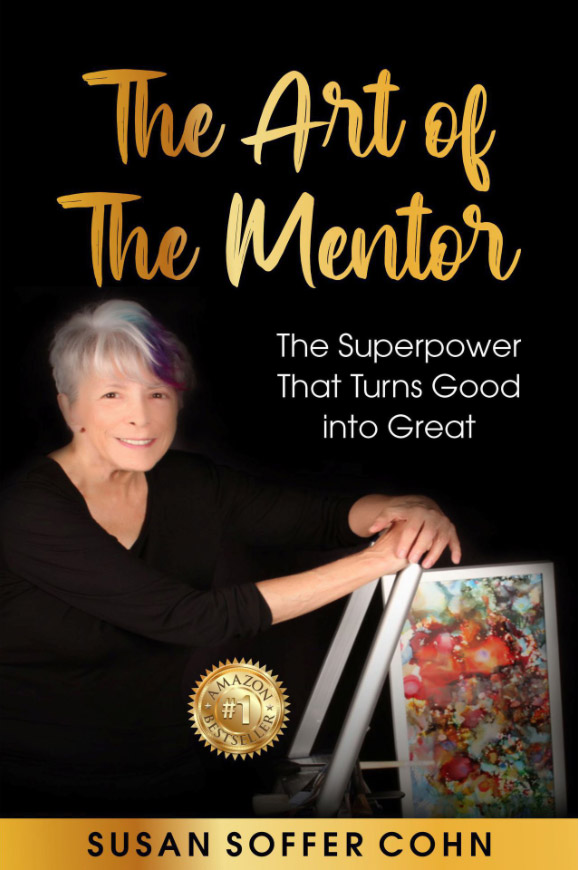 In this inspiring memoir, Susan Soffer Cohn shares the story of her transformation, from a 50-year-old successful businesswoman, to an award-winning experimental artist.

When her husband won a series of art lessons at a charity auction in the early 90s, Susan was in the midst of a successful corporate career. He encouraged her to take the classes in his place, and although she had never studied art before, she was curious enough to give it a try. From the first lesson, she felt a connection. Painting felt natural and was the ideal antidote to counteract her hectic working life. She was hooked – and when the lessons ended, she decide to continue.

She began taking art classes with Master Art teacher Jayne Behman, at her gallery and studio in Palm Springs. With Jayne’s guidance and encouragement, she continued to develop her artistic skills, enjoying the freedom and timelessness she felt with a brush in hand.

When Susan moved house, she connected with a new teacher, artist, BJ Wilson – and she also found her first art mentor. Together, they worked on further developing Susan’s artistic talents and mastery of art, as well as building up her confidence and belief in her abilities. With BJ’s encouragement, and the growing buzz around her paintings, Susan finally felt comfortable saying to herself, and the world that, ‘Yes. I am an artist.’

In the Art of the Mentor, Susan takes us with her through her remarkable transformation, from the boardroom to the gallery. You’ll walk with her as she steps out of her comfort zone, and with the help of her art mentors, her peers and her loving husband, discovers the beauty and magic of art.

Today, Susan is a renowned artist who has exhibited her work across the US and around the world. However, she is acutely aware that without her mentors, her breakthrough as a professional artist may never have happened.

In this must-read book, you’ll learn what makes a great mentor and how you can find one that will help you achieve things you never thought possible. She shares her insights on how, when it comes to mentors, it’s important to be able to differentiate between the good and the great. Because when you work with the right mentor, you’ll gain the focus, belief and edge you need, to help you rise beyond the everyday and take your life to the next level.

Susan’s inspiring story is proof of what is possible when you are willing to take a leap of faith. Her colourful memoirs beautifully capture both her personal and professional transformation later in life. While her love of art may have started be accident, through the encouragement of her art mentors, Susan has continued to grow as an artist. She hopes that those who read The Art of the Mentor will have the confidence and courage to take that first step to follow their passion in life, and to seek out a mentor who can help them achieve their dreams, whatever they may be. 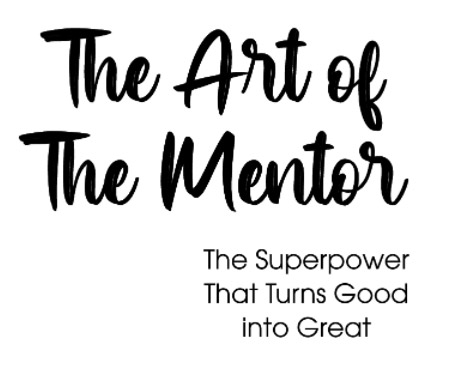 “After I retired, I decided to learn how to paint. Susan became my teacher, my mentor, my critic and my inspiration. She taught me to look at a canvas and not be frightened to put my brush filled with paint on it to make something that was special to me.”

“To be with Susan is the opportunity to be inspired and to understand that freeing oneself is to allow reality to become beauty and joy. After all, it is said, ‘Creativity is intelligence having fun.’ Susan’s art and teachings have lifted me and provided great fulfillment.”

“I have known Susan for decades…as a friend, a teacher, an artist, and a mentor. I value her advice and guidance and am eager to read her book!!”

“As an art mentor, I believe authenticity and trust are the most important. My role is not to solve their problems, but to help them build on their strengths, and to remind them of the tools they already have. Susan is one of those artists who is self-driven, highly disciplined, and has a self-confidence ready to take on the challenges of art. Her etchings display the precision and beauty that is expected in award-winning, high-end art. As her mentor in the medium of printmaking, it was my pleasure to watch Susan navigate her progress on her journey to success.”

“Life isn't about waiting for the storm to pass. It's about learning to dance in the rain.”

I am an artist with an MBA, a right brain/left brain combination. An oxymoron? I am going to share with you how this peculiar combination led to a very satisfying and successful life transition.

As I review my life ventures, I find a plethora of supportive people who helped me to find my path through each stage of my life. Sometimes, it was someone I consciously chose and other times, a mentor fell into my lap through extenuating circumstances.

Three art mentors that had the biggest impact on my life fell into both categories. Jayne Behman was a special person who changed my life after I met her through accidental circumstances.

BJ Wilson was someone who I saw, approached, and fought to become part of her circle to prove I was worthy. I worked with her for the last five years of her life and received more than I could have expected in love, support, and her belief in me.

Finally, there was Peter Lankas, the teacher who told me no over and over again, until I finally got a yes. Peter entered my life at a very difficult time when I was far from home, ill, and was losing my husband to heart disease. After he finally took me on, he became a friend, teacher, and motivator.

These stories also include the wonderful Alyson Stanfield, Aurora Leos, and David Einstein, each of whom had an impact on developing my art as a passion and a business.

As I share my stories about my experiences with these special individuals, you will be able to access the lessons I have learned as my life changed at 50 and I overcame impossible odds to become an artist. I hope that my journey will show the reader that these life lessons are not about art, but about finding and going after your dreams.

“Colleagues are a wonderful thing- but mentors, that’s where the real work gets done.”

“All truth passes through three stages. First, it is ridiculed. Second, it is violently opposed. Third, it is accepted as being self-evident.”

My husband Victor was ill. He was telecommuting to work before telecommuting was a thing. When we went to our place in Palm Springs, he was more relaxed and comfortable and he wanted to move there. Moving meant I would have to sell my business, something I did not want to do.

As time passed, however, it became clear to me that he was getting worse and I had to get him away from the stresses of Los Angeles. I found a merger partner, sold my business, and we moved.

There I was, no friends, no business, no identity. My children and grandchildren were in Los Angeles. I had worked with my son and daughter-in-law daily and now I didn’t see them. I was lonely and unhappy. Victor immediately got involved in volunteering in the community. He seemed busy and happy. I found a therapist.

One Friday afternoon, Victor walked into the house and called out, “Are you dressed? There’s someone here I want you to meet.”

In his prime, Sidney was a Hollywood writer. He was retired and lived in a mobile home in the desert. He used to teach a creative writing class at the Senior Center, but now he was even retired from that.

Victor set up a couple of chairs by the pool, brought us something to drink, and disappeared into the house. Sidney and I talked about books, writers, and writing for a couple of hours. It was the best conversation I had had since the move. After asking me about my writing history, he suggested I try to write a children’s book. After more discussion, he said he was at the Senior Center on Tuesdays and when I had a draft completed, to bring it to show him. The following Tuesday, I was there with my completed draft.

After several weeks of work, both with Sidney and a writing group he had found for me, I felt I was getting close to having something marketable. In order to think about marketing, I believed that I needed some rough sketches of the characters I had developed, but I couldn’t draw. I thought I needed to find an illustrator to help me out.

At about the same time, we were invited to a fundraising auction. Victor had spotted an item on the silent auction that included four art lessons. He bid on it and presented it to me at the end of the evening.

A couple of days later, I called about the lessons. I said I had no experience and no talent. A class was starting that week, so with little hope of success, I agreed to go. I was given a list of supplies to bring and showed up at the appointed time.